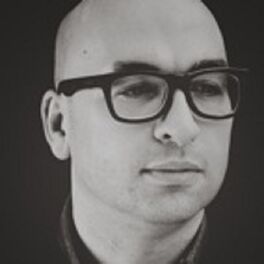 Too Good to Be an Anthology, Vol. 1

PiMO is a trailblazing electronic artist who has made a global impact through his work with Modfunk and Thrill Kill. Modfunk was an internationally-acclaimed underground electronic dance duo, and many of those in the know have been spotted sporting Modfunk tees, including former Daft Punk manager Busy P and DJ Mehdi. Modfunks biggest creative coup was working with Grammy-winning iconic producer Philippe ZdarZdars group Cassius recently collaborated with Pharrell Williams and Cat Power on the monster track Go Up. In 2011, the Warsaw Poland-based artist paired up with American vocalist John Webb for the nu-disco duo Thrill Kill, merging Johns spectral post-punk vocal stylings with PiMOs richly dimensional electronic soundscapes. Thrill Kill highlights include producer, and 30 Seconds To Mars lead guitarist, Tomo Milicevics remix of the track Breathe In, and the jam The Way You Moves prominent feature in an episode of the 90210 series reboot. In addition, both Modfunk and Thrill Kill have garnered prime synch pairings with top-tier brands such as Perry Ellis, Red Bull, Silvian Heach, Rip Curl, Naish, Prada, Malandrino, Donna Karan, Louis Vuitton, and Moschino. PiMO embraces his journey as a solo artist with fluidity and expertise, presiding over all instrumentation, songwriting, production, mixing, mastering, cover artwork, and videos for every new release. Its a responsibility he is ready to take on for his upcoming series of EPs, singles, and remixes which will all be available worldwide via PiMO MUSIC. PiMOs solo material features well-crafted pop songs brimming with undeniable grooves and exhilarating hooks. His current body of work recalls the songcraft of 1980s new wave and dark wave acts like New Order, Yaz, Duran Duran; the rugged beats of New York hip-hop pioneers like Break Machine and Grandmaster Flash; and the lushly blissful soundscapes of Giorgio Moroder. PiMO is also influenced by fringe keyboardist composers such as Harold Faltermeyer, best known for the 1984 electronic instrumental theme Axel F from Beverly Hills Cop, and virtuosic fusion instrumentalist Jan Hammer. In my production and composing style, I love a mix of these 1980s inspirationsa melding of these sounds is my ideal, PiMO explains. Some of PiMOs earliest memories are of the local police pounding on his familys door begging his parents to turn down the music. His folks continuously blasted a soundtrack of Stevie Wonder, Tina Turner, Pink Floyd, and Dire Straits on huge speakers. The electricity of the music coursed through young PiMO, inspiring him to discover his own jolts of musical inspiration. He found it down the block from home hanging out with his future partner in Modfunk. The pair became obsessed with electronic music, in their own homespun way, dissected production schemes. During this fertile time, PiMO took it upon himself to learn sampling with the crude technology available at the time. Soon, he and his buddy formed Modfunk and were crafting their own jams. At the time, in 1999, there was no dance music in Poland, and the duos sleek tracks were a revelation, garnering them prime radio play and press coverage.