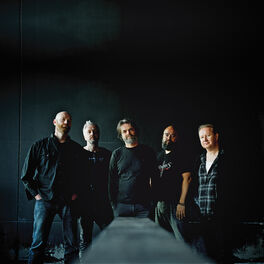 Trapped in the Tropics

COLD NIGHTS IN THE CITY

Dutch/British melodic and progressive rock act Dilemma pulled a phoenix stunt on us and has risen from the ashes! For several years the band disappeared from the public eye. But behind the scenes, they have been working hard on their new studio album ‘Random Acts Of Liberation’. This gem has been mixed by Rich Mouser (Spock’s Beard, Transatlantic, Neal Morse) and was released in November 2018 via Butler Records/Music On Vinyl. Dilemma consists of founder and keyboardist Robin Z, drummer Collin Leijenaar (Neal Morse, Dave Bainbridge, Affector, Kayak), guitarist Paul Crezee and bass player Erik van der Vlis, who all were part of Dilemma since right after the release of debut album Imbroccata in 1995. Last but not least, British guitarist/vocalist/frontman Dec Burke (Frost*, Audioplastik, Darwin’s Radio) joined Dilemma in 2017 to finish the recordings of the new album.