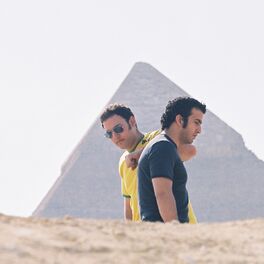 It's All About The Melody

Aly El Sayed Amr Fathalah and Fadi Wassef Naguib, who go by Aly & Fila, are Egyptian record producers and DJs known for their Internet radio show 'Future Sound of Egypt' and a record label of the same name. Childhood friends, they began performing as teenagers, established a studio and made electronic recordings. They have released several trance albums and remixes and collaborated with many other acts including Jwaydan Moyine, Bjorn Akesson and Phillippe El Sisi. They have appeared at events such as Miami's Ultra Music Festival, Tomorrowland in Belgium, and Global Gathering, which has been held in various European nations.

Their 2017 EP 'Ten Years' went to number 25 on Billboard's Independent Albums Chart and they also released the album 'Beyond the Lights' in 2017. They performed at several venues in the UK in 2018 and also in Ibiza and Chicago.