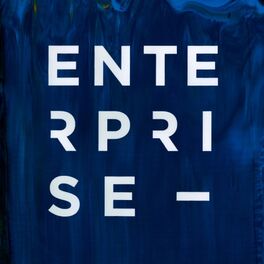 Enterprise entered the Malaysian indie-scene in 2011 with different backgrounds all together. They formed the band with a belief to convert the taste of the Malaysian music industry with something unique and extraordinary. They are an indie-electronic band from Subang Jaya, Malaysia composed of Nazree (vocalist, drummer), Ismail (vocalist, synth, bass), Hanafi (vocalist, guitarist) and Tariq (Percussionist). While it can be hard to define their music to a specific genre, it has been described to have influences from electronica synthy cosmic pop rock- ish bands. Their first public appearance was putting up a rehearsal session video on Youtube which quickly gained attention from promoters and organizers. Recently, the band made their fresh comeback at Urbanscapes 2014 at the main stage. Empowered by their strong beliefs, Enterprise’s main objective is to create a dance-full ambience to the World and to bring joy with their sound and lyrics. Nonetheless, they have grown rapidly less in a year with such an achievements as being called out to perform for big scale concerts.