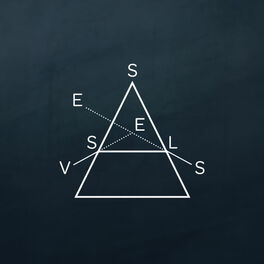 Tonight Is the Night

Everyone Is Falling (Max Cooper Remix)

The transformation is complete. After four years of incremental musical evolution, Vessels emerge into the light with a brave and brilliant new sound, masterfully fusing the widescreen builds and elegant breakdowns of their previous work with altogether more physical electronic rhythms. With their new album Dilate, the band are firmly focussed on the euphoria of the dancefloor. Always a consummate live act, recent performances have been an unholy communion, two drummers front and centre, band and audience feeding off each other’s energy. The transition has been almost seamless. What makes it all the more remarkable is that every bit of it is played live. Perhaps even more remarkably, they’ve brought their original audience with them, expanding it in the process. Maybe these musical worlds are not so far removed after all. For those with an ear to the ground, it should come as no surprise that Vessels have arrived at this point. Crowd reactions to live covers of James Holden’s remix of Nathan Fake’s ‘The Sky Was Pink’ and Modeselektor’s ‘Blue Clouds’ spurred them on to embrace a more kinetic approach with their own music. The Elliptic EP followed; the title track getting picked up by Berghain residents Barker & Baumecker for a stunning minimal remix (since featured on Tensnake’s Ibiza 2014 compilation). Since then they’ve remixed artists as diverse as Harry Wolfman, Nils Frahm, Maxïmo Park, Rival Consoles and Pick A Piper, cemented by a Leeds club DJ residency. Vessels have graced stages at legendary Berlin techno club Berghain, Beat Herder, Beacons, Glastonbury and Simple Things. Like Jon Hopkins, Moderat and Caribou before them, the band have pulled off the elusive trick of translating their intricate, sometimes epic, always uplifting studio creations to the live arena. The world is theirs for the taking. Vessels are: Lee J. Malcolm Martin Teff Peter Wright Tim Mitchell Tom Evans