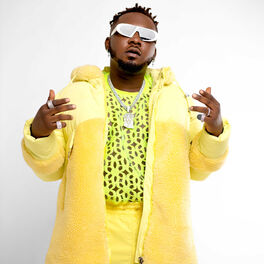 What Happens in Lagos

Segun Micheal Ajayi professionally known as 'MYSTRO' is an Artiste who is multi talented. He is also known as a Producer, an Instrumentalist and a Songwriter. MYSTRO has been very active on the music scene. He is known for his BANGING AFROBEATS SOUND and his ability to produce for any genre of music especially from Latin America. MYSTRO’s ultimate ambition is to provide his audience with spectacular sounds that resonate across the african continent and the four corners of the world. RECOGNITION ● His latest attribute was on the Jimmy Fallon Show where he mixed engineered as TIWA SAVAGE performed her single “Dangerous Love” which he co-wrote from her album “Celia”. ● MYSTRO’s Producing ability is SUPERB, his latest Production was the EP of the legendary King Wasiu Ayinde Marshall pka K1 De Ultimate. ● MYSTRO has given countless impressive performances in the continent of Africa with outstanding performances alongside top Afrobeats Artistes like Wizkid, Tiwa Savage, Davido, DJ Consequence Wande Coal and many others. ● MYSTRO performed alongside Tiwa Savage at the 02 Arena for the UK headline concert, tagged, 'The Savage Tour'. ● He received an award as the best R&B Producer at the 2016 BEATZ Awards. Other Notable performances include: ● 2019 Djkaywise University tour ● 2019 Dubai Club Boudoir ● 2018 SoundCity award concert ● 2018 Notting Hill carnival ● 2016 Africa Days Concert in South Africa.