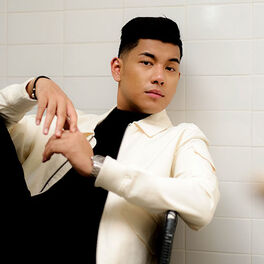 Something to Hold You Over 2

Something to Hold You Over...

Show Me on the Doll

Jaz Hayat was born in Brunei Darussalam in 1993. Before he became a singer, Jaz was once a football player and got the chance to join the Brunei Darussalam’s U-16 National Team. Later then, he fell in love with R&B music and started his singing career by becoming a wedding singer. He also actively writes and records songs. One of his song “I Stalk Your Profile” became viral on Youtube. Because of that single Jaz was asked to perform at Anugerah Planet Muzik (APM) in 2013. APM is the awards show for musicians in Malaysia, Indonesia, Singapore, and Brunei Darussalam. He then got a recording contract from Sony Music Entertainment Indonesia, and moved to Jakarta, Indonesia. In 2016, Jaz released his first single “Dari Mata”, which became one of the most successful single in the Indonesian and Malaysian market. This song had dominated the music charts in radio stations across Indonesia. Then in early 2017, Jaz released his second single, “Kasmaran”. Just like his first single, Kasmaran also became a huge success! After succeed with “Teman Bahagia” which was released on February 2, 2018. Now Jaz contribute to another single on Milly & Mamet movie, listen now!