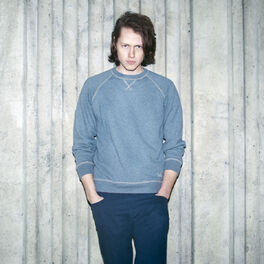 From A To Sea

Welcome to the Woods Remixes

Welcome to the Woods

A Mishmash of Changing Moods Remixes

5 Songs, A Pizza And Some Marshmallows Please EP

For the past years, Pascal Terstappen has released three albums and over a hundred tracks and remixes as Applescal. With a distinctive, original take on electronica, house, techno and a stellar DJ set, he’s played to appreciative crowds in Berlin, Amsterdam, New York, Paris, London, Montreal and Barcelona, amongst other cities. Not content with establishing himself as a successful producer, remixer, DJ and live performer, Terstappen is one of the men behind the rapidly growing Atomnation label too. He’s devoted to discovering and promoting new talents, and has released much-admired tracks by Weval, Gidge, David Douglas and Sau Poler, gaining a label distribution deal with !K7, the company behind the famed DJ Kicks and distributor for other labels including R&S, Crosstown Rebels, Rush Hour and Friends of Friends. Though known for his releases on Traum and Manual and remixes for the likes of Max Cooper, Nick Warren, Extrawelt and Ricardo Tobar, it’s the 2013 album that Applescal released on his own Atomnation label which has garnered the most international recognition. ‘Dreaming in Key’ has been extensively supported in the press by Xlr8r, Pitchfork, FACT Mag, DJMag, and Resident Advisor and by DJs such as Laurent Garnier, Gilles Peterson, Daniel Avery and Dominik Eulberg. With a new album underway Applescal’s proving to be one of the most diverse and dedicated contributors to the scene.