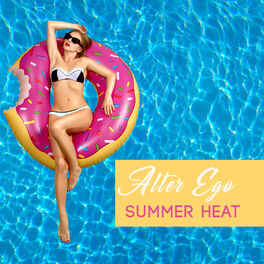 Dance If You Cannot

You Do It for Cash

German acid house duo Alter Ego were in the vanguard of what became known as 'listening techno' bands. This was the term given to acid house and techno bands who created music that worked as well when listened to at home as it did on a sound system at a rave or warehouse party. Dissatisfied with the direction the German acid house scene was developing, the two founding members of Alter Ego - Roman Flügel and Jörn Elling Wuttke - turned their attention to UK audiences where bands like The Shamen and The Prodigy were enjoying chart success. Alter Ego's trance-influenced style of acid house found favour among British acid fans and their single 'Rocker' taken off their 2004 album 'Transphormer' peaked at number 32 in the UK Singles Chart and subsequently became a European club anthem. The band went on to release nine studio albums culminating in the 2012 release 'The Lost Album', a compilation of eleven tracks recorded in the 1990s which provides an insight into the band's distinctive techno sound in their pre-'Rocker' days.