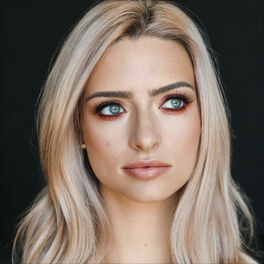 Down & Over (Radio Edit)

death bed (coffee for your head)

Do It Again (Radio Edit)

Spotlight (From the Original Motion Picture Soundtrack Next Level)

No Tears Left To Cry

Look What You Made Me Do

Catch Me If You Can (Single)

Canadian-born, LA-based singer/songwriter Kirsten Collins was named a 2017 Innovator by The Wall Street Journal and has already garnered over 2 million followers in her growing social network ahead of launching her artist project this year.   Releasing new music monthly, Kirsten presents a unique urban pop style sporting an energetic vocal style all her own. "Call My Name," out September 28, follows the release of this series of infectious singles with “Grown Men Cry,” “Rainbows,” “Bad,” and "Sugar Pop Cocaine." With knockout stage presence and confidence, Kirsten is a natural entertainer having most recently performed on the YouTube VidCon Stage in front of a crowd of 3,500 while 23 million viewers joined the live stream. She also serves as a brand ambassador for MTV and Mars candy, and recently participated as talent during this summer’s BeautyCon Festival. Kirsten’s message in all forms of artistic expression and across all social platforms is one of positivity, self-worth, and finding purpose in all endeavors. With over 175,000 monthly Spotify listeners and over 73,000 Youtube subscribers, Kirsten finds herself with a loyal fanbase eager for more of her vivacious attitude, colorful personality and undeniable talent.