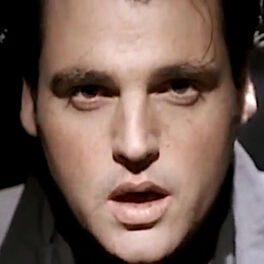 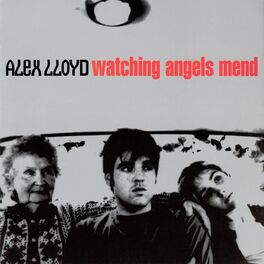 The Other Side: Acoustic Sessions

Amazing - The Best Of

Good In The Face Of A Stranger

Even years after its release in July 1999, Alex Lloyd's highly experimental first album was still one of the most talked about and respected Australian albums. The album itself was nearly two years in the making. Alex Lloyd was introduced to music courtesy of his father's beat-up, old guitar and the sessions that father and son spent working their way through a Beatles songbook (Lloyd preferred the group's latter, more studio-oriented stuff). His teenage years were spent playing at every opportunity: in the bedroom, at parties, and on the streets of the Sydney suburb of Balmain. Eventually, he was noticed as the lead singer of Sydney indie band Mother Hubbard, who was popular for their live performances and achieved some degree of success on record. After one Mother Hubbard album, Lloyd wanted to take a major musical shift toward more of a technology-based sound. The members agreed to differ about the direction Lloyd wanted to take, leaving the singer to record the songs he had written for the next album as a solo, instead of a group, album. It also allowed him to throw himself much deeper into that technology than he might have if he'd still been recording with Mother Hubbard. The more he worked on the songs, the further he moved from the album he had initially imagined. Demo sessions started in early 1997 in tiny studios around Sydney's inner west. He might spend a month on a song trying to come up with the perfect balance between technology and traditional instruments and, having found that balance, start on the song all over again. Recording sessions proper began in early 1998. Halfway through, Lloyd was invited to attend Miles Copeland's legendary songwriting workshop at a medieval French castle. Lloyd was in two minds about going; halfway through his album he didn't want to suddenly be swayed by other people's songwriting methods. Despite his reservations, he attended, and the experience showed him that he'd been working on his own for too long (a year writing and another year recording). He decided to finish the album in Santa Monica, CA, with former Psychedelic Fur and now producer Ed Buller (Pulp, Suede). The end result of all of Lloyd's efforts was Black the Sun, an innovative, highly contemporary album, deftly balancing the songs with musical experimentation. Lloyd supported the album with live performances, determined to display the songs as songs rather than studio creations. A year after its release, Black the Sun was still raising eyebrows, still winning fans, and earned Alex Lloyd a belated Australian Recording Industry Association award for Best Male Artist on the basis of one of the singles, as well as gaining release and glowing reviews outside of Australia. Lloyd returned with his highly awaited second album, Watching Angels Mend, in 2002 along with several singles, including "Green," "Amazing," and "Everybody's Laughing." ~ Ed Nimmervoll