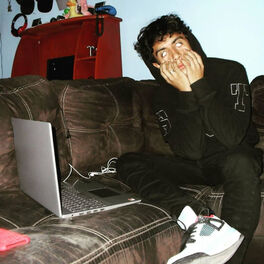 Lil G is a Singer, Producer, Composer, born on December 3 in Mexico. His rise began in 2018 when he was encouraged to share the YouTube video "SAD" long before he uploaded songs on Soundcloud for example "STRANGE" from that moment Jose Garcia used the nickname Lil G and began to gather several followers and awaken the great interest in the music industry, with only 16 years she has become one of the singers of Trap and other urban genres with the greatest projection in the music industry Her name is already known in several countries of the world, mainly in Mexico, America Latin America and the United States where he has been collaborating with better known artists of the genre.