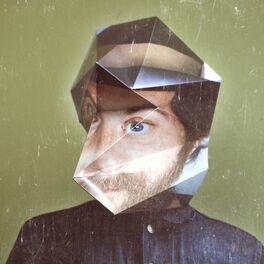 I Lost My Voice

Essential record producer, label owner, DJ, groove sculptor, metal sculptor : Golden Bug (also known as Antoine Harispuru) is nothing short of a true, incredibly multi-talented artist. Details about his early years are scant but really interesting : born in Paris in his mother's toy shop (“La Maison du Robot”) he apparently got his early education by... well, a robot named V.I.C.T.O.R : a sentient japanese prototype of AI-based bot who took care of him from the cradle to the sampler. What we also know is that as Antoine turned 14, V.I.C.T.O.R. got him a Roland TR808, an EMU sampler and some disco records. Jumpcut to 2007 – Antoine is now Golden Bug and his first solo EP, Barbie's Back, is out on german label Gomma. It's a huge success as everyone starts falling in love for his sound. Hot Robot, his first album released in 2008, is an unforgivable groovathon. He remixes Who Made Who, Bot’Ox, In Flagranti, Two Door Cinema Club, Alex Metric, Kid Gloves, Clap Rules and more.... Now everybody wants a Golden Bug remix. Then, he moves to Barcelona and after a world-wide live tour he decides parting ways with Gomma to create his own label, La Belle Records, founded with friends Herr Styler and La Tebwa rec, Paris. He baptizes the imprint with its first release. To illustrate his world in a LIVE way, Golden Bug collaborates with the art visual studio Desilence by creating the audiovisual show V.I.C.T.O.R that they inaugurate at the Museum of Modern Art of Barcelona (MACBA).