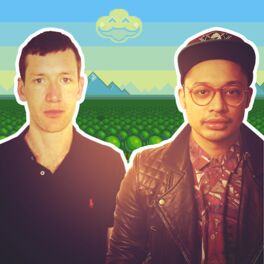 Edge of the Universe

Futurecop! is a musical group based in Manchester, United Kingdom, created by Manzur Iqbal & Peter Carrol. It involves retro synthesizers, computers and concepts such as nostalgia, dreams and fantasy. The project started in 2007 with no previous knowledge of music production. Both music enthusiasts, Manzur grew up with indie, whereas Pete grew up with dance music. However it was their love for nostalgic 80s / 90s that created their friendship, which later evolved into Futurecop! They discovered their love for retro-synth based electronic music, after a Mylo and Cut Copy show in Liverpool. The track "In My Arms" stroke a chord in Manzur, who spent the next years locked in his room surrounded by 80s / 90s memorabilia and synthesizers. The project was fun for both friends, and was a personal tool for themselves to escape into their childhood memories however after some tracks caught attention with blogs, they found themselves with massive interest and playing to fans all over the world.