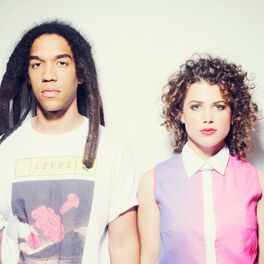 Right Back to You - EP

This Was Our House (From "Breathing")

Right Back to You

Austin Garrick and Bronwyn Griffin grew up together in Ontario and started producing Synthpop and cinematic disco demos heavily influenced by their undeniable love of films and contemporary culture. Their demos caught the attention of The Guardian who said: “Just don’t be fooled into thinking this is some indie in-joke. Electric Youth’s songs—and they’re only demos, although you wouldn’t know it because they sound like the finished product—are seriously accomplished…”