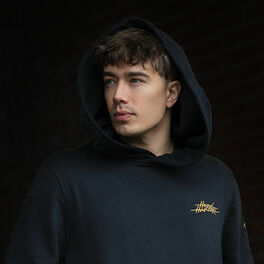 The Art Of Remixes EP

The Return Of Headhunterz

Hate It Or Love It... This Is HARD with STYLE - ONE (Unmixed Version)

Hate It Or Love It... This Is HARD with STYLE - One (Mixed Version)

The Best of Headhunterz

Takin' It Back (Live Edit)

Willem Rebergen is a Dutch DJ who, under the name Headhunterz, has released several electronic dance singles and EPs, often in the hardstyle format since his debut in 2006 with 'Aiming for Your Brain/Left Some Answers'.

Born in central Holland, he sang in a choir as a child and began mixing tracks as a teenager. He formed a unit called Nasty D-Tuners with Bobby van Putten and caught the attention of Dov Elkabas, known as DJ the Prophet, who signed him to his Scantraxx label. He released an album titled 'Studio Sessions' in 2010 and 'Sacrifice' in 2012 and went on to tour the world. He released several singles and collaborated with artists such as Steve Aoki and Wildstylez. In 2018 he released a hardstyle album titled 'The Return of Headhunterz'.