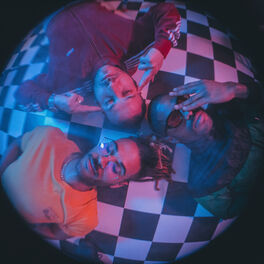 Anthems for a Thursday Night

Get Your Holiday Goods!

5 Steps to Getting Signed

Too True To Be Good

Fueled by their mutual love of hip hop & house music and its intersection with the soul, boogie and jazz they grew up on, producers and multi-instrumentalists Badmandela (Jarrol Renaud) & Rosario (Ross Ferraro) formed The Goods and released their self-titled album in 2016, drawing on their wealth of experience as producers and session musicians, having cut their teeth with artists the likes of Mac Miller, Charli XCX, Sampa The Great, Omar, and more. The album attracted the attention of and ultimate signing to Bastard Jazz (NYC) and led to the addition of talented vocalist Black Tree (Adele, Ngaiire, Taku + Wafia). In 2017, they released their runaway single 'Make Your Move' which garnered radio support from Triple J and Fbi, with the accompanying video featured on Rage as 'Wild One' of the week. The 2018 EP of the same name yielded the break-out streaming hit ‘Glow’ and solidified the band’s position as the foremost act in Sydney’s emerging electronic soul scene.