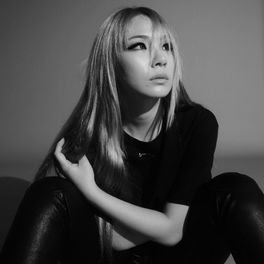 In The Name Of Love

Wish You Were Here

In The Name Of Love 2

In The Name Of Love 1

Moodswings in This Order

MASTERS OF THE SUN VOL. 1

Korean superstar CL broke into the mainstream as a member of K-pop girl group 2NE1, later embarking on a solo career as a rapper and singer. As the leader of 2NE1, CL brought edge to the outfit to help it become one of the biggest K-pop acts of the 2000s. In 2010, 2NE1 released multiple EPs and albums, breaking into the Top Ten of the Billboard world charts with “To Anyone” and follow-up “Crush.” CL made her solo debut with "The Baddest Female" in 2013. Riding a buoyant hip-hop beat and dubstep break, CL created an empowering anthem that sounded like M.I.A. (who would later appear on a remix of her follow-up track, "Hello Bitches"). She signed with Scooter Braun in 2014, and in the same year joined Skrillex, Diplo, and G-Dragon on "Dirty Vibe.” In 2015 another Diplo collaboration followed, featuring CL along RiFF RAFF, OG Maco in “Doctor Pepper.” "Hello Bitches" later appeared on her EP, “Lifted”. “Lifted” also included "Fallin," her collaboration with Blood Diamonds and DJ Dahi. In 2019 CL releases six new tracks under title "In The Name of Love". The six new songs tell her story for the past three years since “Lifted”, and includes tracks that were not released due to circumstances outside of her control. This project album marks a new beginning for CL.