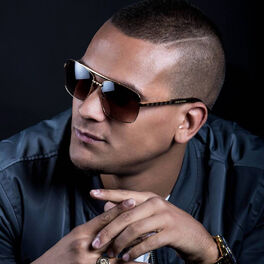 Story of My Life

The Swedish rapper Daniel Monserrat was born in Gävle in 1990 and is best known by his stage name Dani M. After building up a reputation among the rap and hip-hop community in his home city of Uppsala, Monserrat began to make guest appearances on recordings by other artists, most notably Kartellen, Syster Sol and Labyrint. In 2012 he enjoyed hits with all these artists bringing his name to the attention of the Swedish music media who have given the artist consistently favourable reviews.

He launched his solo career in 2013 with the single 'En Sån Som Mej' quickly followed by 'Naiv' which gave the rapper his first top 20 hit in the Swedish charts. After releasing three moderately successful albums his 2018, a collaboration with Simon Superti titled 'Pusher' reached number two in the charts and in 2019 his single 'F.A.M.E. (LeyLey)' made the top three in the Singles Chart confirming his staus as one of Sweden's leading hip-hop performers.