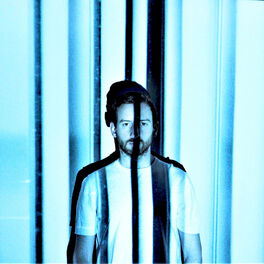 Yearning for the Infinite

Mixing his scientific background with a deep love of electronic music, Max Cooper is an acclaimed avant-garde producer noted for creations both mesmerising with stark, techno lullabies and setting dancefloors alight with warped, house anthems.

Born in Ireland to Australian parents, he was drawn into the club scene in the late 1990s and began DJ-ing while studying at the University of Nottingham. Alongside completing a Ph.D in Computational Biology and later working as a geneticist, Cooper also began producing tracks and running his own club nights and started releasing early works such as 'Harmonisch Series' and 'Symphonica' through the German techno label Traum Schallplatten. Taking inspiration from the likes of Sigur Ros, Phillip Glass and Rob Clouth, Cooper became known for his mix of dreamy, melancholic melodies, stark, minimalist ambience and glitchy, stuttering beats and enhanced his reputation with remixes for Au Revoir Simone, Hot Chip and Michael Nyman.

His 2014 debut album 'Human' featured appearances from Belleruche singer Kathrin DeBoer and Canadian alternative rock band BRAIDS and was full of cinematic, post-classical grandness as Cooper attempted to marry industrial, futuristic sounds with human emotion. He also became known for his long DJ sets which would begin with audiences laid out on the floor being washed over with chilled, down tempo electronica and would gradually grow in energy until the dancefloors were raging away to banging jungle tunes.

He has also worked with video artists and animators to turn his work into a full audio-visual experience, and on his 2016 album 'Emergence', Cooper sought to tell the story of the universe's pre-big bang creation, working with mathematicians, scientists and artists throughout the process. A series of collaborative EPs with pianist/composer Tom Hodge was another interesting tangent, and he set up his own label Mesh Records before taking himself away to a secluded cottage in the rural Welsh Valleys to record third album 'One Hundred Billion Sparks' in 2018.