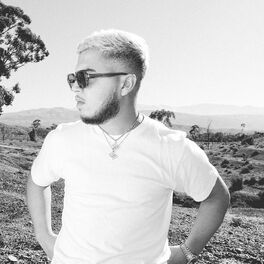 Hamza Al-Farissi is a Belgian rapper and producer who became popular after releasing a series of mixtapes online. Born in Brussels in 1994 to parents of Moroccan heritage, Hamza became interested in rap as a teenager and formed a group called Kilogrammes Gang with his friends MK and Triton. Hamza produced the beats that the group would rap over using the Belgian music software Fruity Loops, resulting in the release 'Gotham City Vol.1.' Shortly afterwards the group split up, with Hamza going solo to release the mixtape 'Recto Verso' in 2013.

Wider attention came with the 24-track mixtape 'H-24' (2015), released exclusively on HauteCulture.com: trap-influenced beats, auto-tuned vocals and a lyrical focus on sex, drugs and money earned Hamza comparisons with American rappers such as Young Thug and Travi$ Scott. The mixtape 'Zombie Life' followed in 2016 as well as the dancehall-influenced EP 'New Casanova.' Chart success came in 2017 with the release of '1994', reaching number 13 in the Belgium albums chart. Following the death of his father and his burial in Morocco, Hamza explored his family's roots and the nature of loss as the inspiration for his album 'Paradise' (2019).