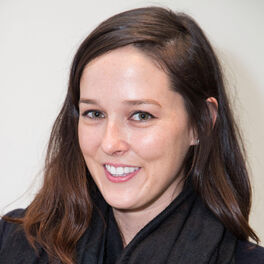 In Your Dreams (Acoustic)

Back in the Game (Remixes)

Meiko's songs find common ground between indie pop and coffeehouse folk as her distinctive alto vocals share the spotlight alongside acoustic guitars, pianos, and unique arrangements. A longtime songwriter, Meiko was raised in the small town of Roberta, Georgia, where she discovered her love for public performance after singing at a Southern Baptist church. She then took up the guitar, playing her father's Gibson before receiving her own instrument as a birthday present. At the age of 18, Meiko left home for greener pastures, eventually resettling in Los Angeles and scheduling recurring performances at the Hotel Café, a popular haven for L.A.-based singer/songwriters. Meiko's self-titled album appeared in September 2007. Eventually, every track on the album would find song placement in such high-profile TV shows as Grey's Anatomy. She soon found herself receiving a considerable amount of attention on the digital folk music charts. Boosted by her Internet popularity, Meiko signed a contract with MySpace Records/DGC in June 2008, and a re-release of her endearing debut album followed in September. Amid a campaign of Internet videos and promotion, the follow-up album The Bright Side arrived in May of 2012. In 2014, Meiko unveiled a moodier, bass-heavy sound with her third full-length album, the Jimmy Messer-produced Dear You on Fantasy Records. The Fantasy-issued Lovers & Fighters EP from early 2015 was followed in October of that year by a self-released EP, Live Songs from the Hotel Cafe, which featured live renditions of several fan favorites as well as a new song called "Perfect Fit." Finding further success without a label, Meiko issued her fourth LP, Moving Day, in the summer of 2016, which reached number nine on Billboard's Heatseekers chart while also cracking the Top 200. A covers LP, Playing Favorites, arrived two years later and featured re-imagined versions of hits by the Cranberries, Otis Redding, Erykah Badu, Duran Duran, Rick James, and more. In 2019, she released her fifth album of all-original material, In Your Dreams, which she recorded in Nashville with producer and ex-Lone Bellow drummer Justin Glasco.