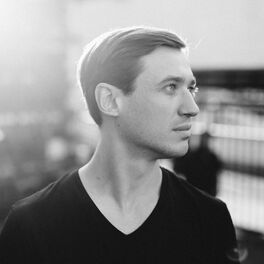 Daniele Di Martino has a simple and direct approach to club music and is well known for his impelling mixture of Deep House and Techno. His personal experience is mirrored in his music and thus enables his audience to be part of his ongoing journey as a musician. Although a Berliner by choice, he has also managed to make a name for himself beyond the capital’s boundaries. Di Martino’s vinyl “FAUST” (2017) as well as his EP “Back To” (2017) are clear indicators for his passion for a deep and straightforward sound. The producer, DJ, and label owner is strongly involved in the Deep House movement. However, that does not mean that he is one to shy away from Techno elements to create a versatile sound that makes you want to dance. Nevertheless, especially the melodic influences and vocals that are added to the mix provide Di Martino’s music with a catchy easiness and light playfulness. Born and raised near Munich, he started playing the cello at the age of four, devoted his teenage years to Hip Hop, and finally fell in love with electronic music. Highlights of his ongoing musical evolution so far have been releases on labels such as Toolroom Records and Light My Fire. Di Martino continues keeping an open mind towards various musical styles which is evident in his work as a DJ as well as a producer. In 2013, the trained boatbuilder moved to Berlin after spending one and a half years in London. Germany’s capital did not only mark the start of Di Martino’s producing career but also became the home of his label MONO.NOISE which was founded in 2017. The label features Di Martino with his contemporary, straightforward, and deep sound as well as artists from his creative network.