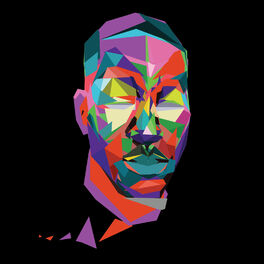 The Ecleftic -2 Sides II A Book

The Perfect Gentleman, @HopeIsPromised is an Authentic R&B Gospel Artist With An African Vibe. #KingOfUKRnB Hope was previously in a boy band called KHY who regularly supported UK/US acts from the likes of The Game, Florida, ‪Ginuwine‬, Musiq Soulchild, ‪Day26‬, Lloyd, ‪Taio Cruz‬, ‪Marques Houston, Lloyd‬ and many more. The Trio even went on as far as reaching the Final 16 (Groups) in Britain’s X-Factor in 2006. In 2018 he took a break from releasing new material to manage an amazing singer/songwriter Morgan Munroe, who released her debut EP ‘Layers’ & sold out her first Headline Show in March 2019 and went on to attain an Artist Development Deal with ‘ILUVLIVE’ all under he’s influence. Hope is always working on new material. In the meantime listen to he’s debut album ‘Gods Very Own’ #GVO