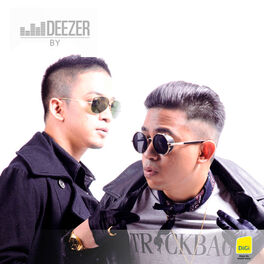 Life Minus F Is Lie

Formed in 2005 by cousins, Ahmad Syarif and Alyph Abdullah at their tender age of 16, SleeQ is out to introduce and push their fresh musical flavor, which blends melodious soulful hooks with polished urban beats. What started out as an adolescent adventure for the pair when they had took part in a local hip-hop competition in two separate groups, blazed the path for the teenage duo to get together and become the new generation of entertainers in Singapore. With only 2 albums being released, SleeQ is now set to soar higher than before. Numerous collaborations with local and Malaysian artistes such as Aaron Aziz, Mark Bonafide, Ramlah Ram, Najwa Latif and many more had set their track records in various radio charts in Singapore, Malaysia, and Brunei hitting numero uno for span of weeks. Their hardwork was paid off upon winning Singapore's Most Popular Artiste for two consecutive years (2007 & 2008) in the annual regional gala awards show, Anugerah Planet Muzik. They also have garnered two awards at the inaugural AnugeraHitz.Sg in 2010 ; an event to celebrate the best of the best in the Local (Singapore) Malay music industry. The duo brought home Best Group/Duo and Top 3 Most Popular Song. SleeQ, a figure for many youths alike around the region, has garnered numerous acceptances not only through their music productions but individual acting as well in highly rated local Singapore Malay dramas on MediaCorp Suria. The duo is now currently managed by Aaron Aziz Productions, still retaining their own music production label, Magic Potions and apparel line, Trickbag. SleeQ's goals have always been sharing and spreading their music and sound to the masses. Standing strong in their beliefs, they will never fail to upkeep their standards, and furthermore to elevate themselves to an international level. SleeQ is definitely coming your way, bigger than before.