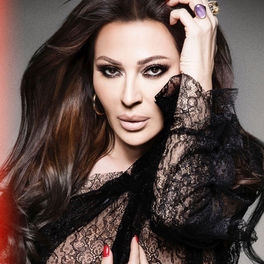 The biggest Balkan star, Svetlana-Ceca Raznatovic, has been writing an indelible mark on the music scene for more than 33 years. She showed her love for music in her early childhood, and her sandy voice became a sign of recognition. The first, bouncy step in his future career was working with Mirko Kodić, an accordionist who is the "main culprit" for Ceca entering the music world. She recorded her first album "Cvetak zanovetak" for PGP RTS in 1988. For her 18th birthday, in 1991, Ceca promoted the album "Babaroga", which confirmed the success of previous albums. One of the most important moments in her career was the beginning of her collaboration with Aleksandar Radulović and Marina Tucaković, because they wrote some of her greatest hits. The album "Šta je to u tvojim venama", with the hit song "Kukavica", marked that period of her career. Back in 1996, she started cooperating with Aleksandar Milić Mili. The big concert that everyone will remember was the concert at Marakana Stadium in 2002. After the big concerts and tours, the albums "Decenija", "Gore od ljubavi", "Idealno loša", "Ljubav živi", "Poziv" and "Autogram" follow and made her career even bigger. The most visited concerts were in Ušće in 2006 and 2013, and that confirmed Ceca's status of the biggest regional star and the popularity she enjoys with the audience. Ceca's videos and songs on YouTube count millions of views. She won the Golden YouTube Plaque as the most listened artist in this part of Europe, with over 2 billion views on the YouTube channel. She managed to keep the title of one of the most successful women in show business in the Balkans and the biggest music star for over 33 years.