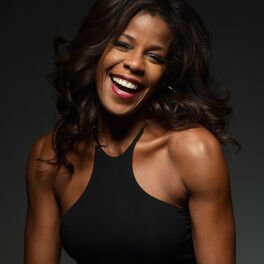 Set for the Season: Live in Japan

The Very Thought of You

The Nearness of You

Angels We Have Heard on High

Nicole Henry has established herself as one of the jazz world's most acclaimed vocalists. Her soulful voice has earned her a Soul Train Award for "Best Traditional Jazz Performance," & three Top-10 U.S. Billboard & HMV Japan jazz albums. Her debut release, 'The Nearness of You', won great attention in the U.S. & in Japan, where they named her "Best New Jazz Artist" of 2004. The following year, Henry's 'Teach Me Tonight' reached #1 in Japan & was named HMV Japan's "Best Vocal Jazz Album." In 2008, 'The Very Thought of You' expanded her American audience, reaching #7 on Billboard's jazz charts. Her 2011 release, 'Embraceable', a creative triumph, featured many originals & stellar artists including Kirk Whalum, Gerald Clayton, John Stoddart, Julian Lage, & more. 'Set for the Season: Live in Japan' CD was released in 2012 to fulfill fan requests for Christmas music with a jazz flair. In 2013, she released 'So Good, So Right: Nicole Henry LIVE', winning a Soul Train Award for “Best Traditional Jazz Performance.” In 2015, ‘Summer Sessions EP' with guitarist James Bryan was released to great fanfare & included acoustic versions of such favorites as Ray LaMontagne’s 'Let It Be Me' & Whitney Houston’s 'Your Love is My Love'. Aside from her musical endeavors, Henry has returned to the stage performing in musicals. She also gives back to the community as a Board member of the Miami Music Project & a Board Governor of the GRAMMY music organization, The Recording Academy.