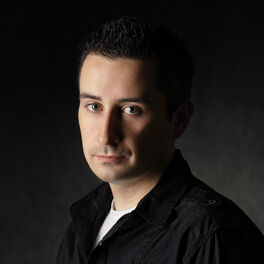 Producer, DJ & sound designer David Broaders first touched upon his musical journey in 2002 after discovering Trance legends Ferry Corsten and Benno De Goeij (Rank 1), but didn't come to fruition until he heard Tiesto's legendary In Search Of Sunrise Vol. 3 compilation. Hailing from Ireland, this emerging artist has been carefully learning his craft for almost a decade and doesn’t rest until each of his productions produce that certain spark that many tracks seem to be missing. His countless years of research have expanded his musical tastes as both a DJ and producer and he isn’t afraid to experiment with many different genres of dance music. With tracks signed to Enhanced Music and Arrival Recordings, Broaders has gained shining recognition from many of the world’s leading DJ’s, such as Armin van Buuren, Above & Beyond, Markus Schulz, Paul van Dyk, Dash Berlin, BT, Aly & Fila and many more. His track ‘Somewhere Special’ was even featured on the legendary In Search Of Sunrise series.