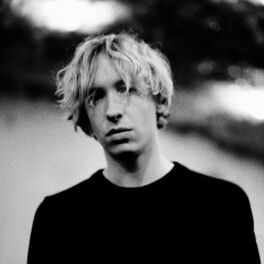 Daniel Avery began DJ'ing indie music as an 18-year-old in his native Bournemouth, England. It wasn't until a trip to Ibiza that he was inspired to spin house and techno, after seeing crowds open to dancing to new and unfamiliar tracks. As a producer and remixer, he developed a raw, robust sound that incorporated his love for odd, alien elements. If the main motivation whilst making Drone Logic was to take the listener on a hi-fidelity trip for the duration of his debut album, then Daniel Avery has emphatically succeeded. From Water Jump’s hypnotic pulse and punch through to the crystalline click of closer Knowing We’ll Be Here via the title track’s elemental acid swirl and New Energy’s take on Neon Lights relocated to a post-midnight cab ride through London, Avery’s debut pushes and pulls at the senses and blurs the boundaries between dancefloor and home listening experience. Thoroughly modern, utterly ‘now’, it’s a record that justifies Andrew Weatherall’s selection of Avery as ‘one to watch’ in Time Out – adding that he that made “gimmick-free machine-funk of the highest order”. Drone Logic is indeed that: an album confident enough to sit comfortably next to the genre’s classics. Sonically, Drone Logic doesn't really fit expected templates of what a dance record in 2013 should sound like.There are no set piece vocals; when voices emerge on tracks, they are invariably disembodied, odd. And as distortion whips across techno-based backing tracks, it splices modern club music with the kind of sounds that forward thinking guitar bands might conjure up. The result is wholly compelling, gloriously transcendent and, yes, trippy. And much like Avery’s lauded FABRICLIVE 66 compilation, Drone Logic follows the path of a precision DJ set. Just as Avery’s relationship with Fabric – he has been resident there for the past few years –and with playing at low key, sweatbox parties like Weatherall’s A Love From Outer Space have proved hugely inspirational, so too were bleary-eyed nights spent listening to late night radio. Another important factor in the make-up of the album is Avery’s partnership with “kindred spirit” Erol Alkan. Just a few years after losing himself on the floor to his club sets at Trash and Bugged Out, Avery signed to Erol’s increasingly impressive Phantasy label and began mixing Drone Logic in the DJ’s back garden studio. He joins a roster that includes New Zealand’s premier psychedelicist Connan Mockasin, Brazilian lo-fi artist Babe, Terror and Future Four, Erol’s new production duo with Emperor Machine/Chicken Lips man Andy Meecham. Tipped for great things by one of dance music’s most revered legends.Main room resident at arguably the most cutting edge club in the UK. Working side by side in the studio with a longtime DJ influence. Tracks being hammered across the board by figures from Richie Hawtin to Maya Jane Coles, Factory Floor to Berlin’s Innervisions family, Ivan Smagghe to Gesaffelstein. And now the presenter of his own monthly radio show on Rinse FM, somewhere where he has the chance to air records from a myriad of inspirational artists across countless genres while also grabbing guest spots from musical heroes both old and new.