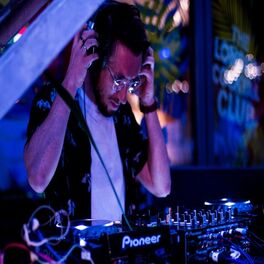 Reaching Out (For a Friend)

Portamento is a London based Producer, DJ and multi-instrumentalist who makes shimmering and downbeat House music. Utilising modern recording techniques alongside the use of analogue drum machines and Synths, Portamento has been described as a combination of ‘Lush reverb soaked vocals, juxtaposed with dirty and at times blip-based House beats, with a foot in Indie as much as electronic music.