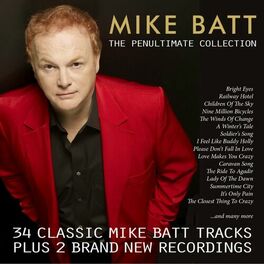 Blame It On The Moon

Blame It On The Moon

As the man who gave the world the children's characters The Wombles - and the series of irritating hit singles that came with them - Mike Batt's contribution to music history might be considered spurious. The Wombles' phenomenal success (eight hit singles and four gold albums during the 1970s) dwarfed everything else he did, but Batt's long career has also involved collaborations with Elton John and Justin Hayward, West End musical The Hunting of the Snark, ambitious solo albums with the London Symphony Orchestra, many production credits and a catalogue of non-Wombles hit songs, notably Bright Eyes, the theme from the animated movie Watership Down, an international Number 1 for Art Garfunkel. Brought up in the south of England, Batt was a Liberty Records producer at 18, making his debut as a recording artist in 1969 with a cover of The Beatles' Your Mother Should Know. After becoming Liberty's head of A&R he was invited to write the theme song for a new children's TV show. The Wombles were on their way and Batt's die was cast.