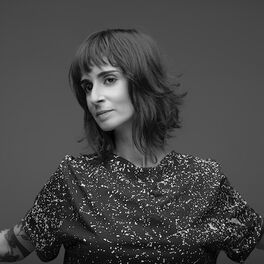 "The Queen", the way she is fondly called by her fans and media vehicles, Aninha has traced her musical journey with lots of love and dedication. She's played around the globe in iconic clubs and festivals, such as Circoloco (Ibiza), Watergate (Berlin), and the German festival Time Warp. She is known as the greatest Warm Up in Brazil and has played in historical nights along big names in the global scene. She is frequently praised by artists such as Luciano, Sasha, Richie Hawtin, Phonique, Loco Dice, Hernan Cattaneo and others. Nowadays Aninha is one of the most respected in the South American scene, being a reference in the DJing art. As a producer, she's been building an atmospheric and surrounding identity, is owner of the AIA Records and has released in important labels such as Defected, 303 Lovers, Frequenza, Warung Records and King Street. A restless artist with an extraordinary experience, she's been resident of clubs Warung and Vibe for years, creating a very close and lasting relationship with the audience and specializing herself in captivating crowds in every slot time with an amazing versatility. Vigorous House and Techno, limpid, that have charmed for over a decade. Currently Aninha is resident of Terraza Club (Florianópois), one of the most demanding crowds in the country and is head of her own label party, Seas. Aninha reinvents herself every year and is a complete artist. Being involved with her is overcome ephemerality and being sure of a legit deliver, faithful to her convictions.