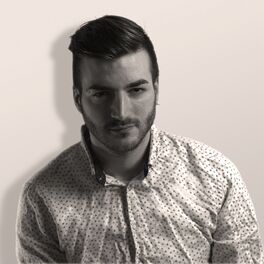 Hymn To The Night

Marko Cubric, known as Vintage & Morelli, is a Serbian house, progressive, and trance producer.   Vintage & Morelli's involvement in music began at a very early age. Growing up in a musical family, he went on to study at the Faculty of Music Arts in Belgrade, which led to a dynamic, versatile approach to electronic music production. Heavily influenced by artists such as Dumonde, Riva, Enigma, ERA, Above & Beyond, Paul van Dyk, Angelli & Nelson, Blank & Jones, Robert Miles, and standout mixes like "Peace & Love" by Tatana, he has always been charmed by the sonic frontier where modern technology meets music. His forward-thinking approach has led to a deep, uplifting style that evokes a wide range of emotions in the listener, reflecting the highs and lows of Vintage & Morelli's own life experience.   Vintage & Morelli's emotive, cinematic, world music-influenced compositions have gained the support of numerous industry leaders and personal idols, including Above & Beyond, Armin van Buuren, Matt Darey, Paul Oakenfold, Jaytech to name a few.   In recent years, he has released dozens of tracks on Silk Music, including his debut artist album 'My Rose Enchanted Destiny'; in the same span, he has contributed various singles and remixes to Anjunabeats, including the hit single 'Contrasts'.