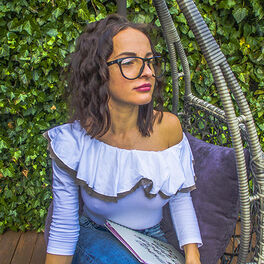 Be Your Own Sound

Since I Met You

PachYa is a Polish singer/songwriter with a universal appeal. Together with German producer Nomagy, she creates irresistible pop music with a positive social message, aiming to unite a fracturing world through the power of music. PachYa’s musical journey began when she was only six years old. The ambitious young child was drawn to the piano, which led to her attending the Music School in Bialogard. Equally passionate about singing, she always had a microphone in her hand. After leaving school, she began to explore the worlds of EDM, Pop, Dance, and House music. As a member of many different groups across Europe, she developed a unique hybrid style, appealing to people of many different cultures. Returning to her homeland, PachYa felt distraught about the state of the UK, and the world in general. She poured her emotions into the release of a new single, called “Rebuild This Land”. Sung in Polish, Italian, and English, and the song was an immediate hit. The song is the perfect summary of PachYa’s personal motto: “My nationality is a human child. My country is the world.