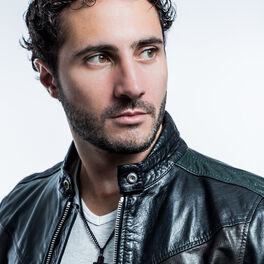 Let Me Find You

The Edge Is On The Sun

The Italo-Brazilian music producer Gianni Petrarca has entered into an emerging upward trajectory. His latest releases include productions on labels such as @SonyMusic, @Liboo @UniversalMusic, @Alphabeat, @Arlequim, @MadusaRecords and @JuicyMusic.  Originally from São Paulo - Brazil, he began his passion for electronic music since childhood influenced by his older brother, Dante Petrarca. In 2016, Gianni launched his first project titled @JupiterCollision. With the support of the artist/DJ @LeoCury a.k.a @WhyNotMusic performed for 3 years at the upscale Highline club, in São Paulo, as well as many other notable venues.   Gianni is schooled in various technics of music production and sound engineering. He is continuing to create unique concepts while utilizing his skills as a virtuous guitarist and pianist. Inspired by the diverse genres under the umbrella of house music, in particular the influence of dance music, Gianni’s sets and productions captivate the audience with an intense lingering vibe.