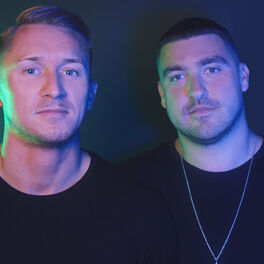 Can You Dig It

Be Someone (Cristoph Remix)

CamelPhat are a DJ and production duo formed in Liverpool, England in 2008. The project was a spin-off from Mike Di Scala's involvement with Ultrabeat, an electronic group he formed with Ian Redman and Chris Henry and which enjoyed some success in the UK Singles Chart. Di Scala formed CamelPhat with fellow producer Dave Whelan and they originally recorded on the Vice Records label but failed to make a significant impact on the charts. A change of label to Spinnin' Records brought a slight change in fortune when their singles 'Paradigm', 'Constellations' and 'Make 'Em Dance' scraped into the lower reaches of the Belgian charts. The duo's big break came when they released the single 'Cola' in 2017, a collaboration with Elderbrook which topped the US Billboard Dance Club Chart and reached number three on the UK Dance Chart and number 18 in the UK Mainstream. 'Cola' was certified platinum in the process and earned the duo a Grammy nomination. Their 2018 follow-up 'Panic Room' also performed well in the charts and the duo have now established an international following among house enthusiasts.