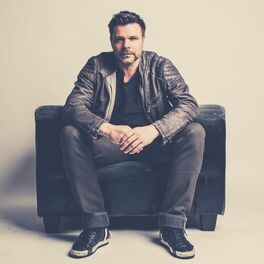 The Annual XXV | Ministry of Sound

It all started with 9 PM (Till I Come) - his #1 hit in the UK in the late 1990s. Fast forward 20 years to the present day and the ongoing success story of Andre Tanneberger - better known as ATB - looks all the more impressive. His most recent album Contact shot straight into the top 5 of the German charts in 2014, whilst ATB the DJ (as well as being a musician and producer) is justifiably ranked in the Top 20 “Most Popular DJs in the World of All Time”. For years now, he has headlined festivals all over the world to the delight of his fans and 2 million plus followers on social networks. The title of his current album neXt symbolizes both the next step in his musical development as well as highlighting the Roman numeral X for this, his tenth studio album. neXt delivers on every level, featuring a wide range of collaborations and guest artists from different genres. Packed with great compositions, the tenth ATB album serves as a convincing reminder of Andre Tanneberger’s songwriting and production prowess. Fans will be happy to learn that a second disc of chill tracks is once again part of the package. With these quieter songs alongside classic ATB tunes for the clubs and indeed any trance scenario, ATB offers us a direct insight into his creative skills. 20 years of ATB, an amazing career to date spanning 10 studio albums!