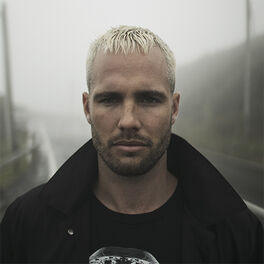 Not All The Beautiful Things (Remixes)

Not All The Beautiful Things

High You Are (Remixes)

par Flux Pavilion, What So Not

par What So Not, Diablo

par Flux Pavilion, What So Not, The Chain Gang of 1974

par The Presets, What So Not, Slumberjack

We Can Be Friends (Quiet Bison Remix)

par What So Not, Herizen

We Can Be Friends (feat. Herizen)

par What So Not, Herizen

Where You End And I Begin

“For me 2019 is about being free and spontaneous,” says Chris Emerson , theAustralian artist, producer and DJ behind What So Not. “It’s getting back to: This feels right for this moment. Let’s put it out in the world now.” It’s a big change for the artist who last year made his biggest, boldest statement yet with the release of Not All the Beautiful Things, the three-years-in-the-making debut artist album that reaffirmed What So Not’s place as one of the most ambitious, visionary producers in the game. Featuring collaborations with Skrillex, Slumberjack, San Holo, Michael Christmas and legendary “Africa” rockers Toto, the album spawned the hit “Be OK Again” featuring Silverchair frontman Daniel Johns and earned praise from all corners, including NYLON (“a fully packaged, uncompromised artistic vision”) and YourEDM (“hits with power and doesn’t let up”). What So Not supported the album with a yearlong 150 show tour through 45 countries that included stops at Ultra, Bonnaroo and Lollapalooza South America, all accompanied by the colossal chrome horse on monster truck wheels that graced the album’s cover. After telling a more epic, fully integrated story through Not All the Beautiful Things,his focus for 2019 will be on having fun with songs that can stand on their own —often inspired by new sounds and new collaborators, and produced and released quickly in a spirit of seizing the moment. “I’m in a completely different frame of mind,” he says. “This year is about spending time in different regions of the world where there’s really exciting scenes happening and getting inspired.” That new spirit is perfectly encapsulated in What So Not’s first single of 2019, “WeCan Be Friends,” featuring singer/actress Herizen, best-known for her breakout role on Netflix’s The Get Down. After first connecting at a songwriting camp in Nicaragua,What So Not and Herizen reconvened for a recording session in Los Angeles, where the singer laid down the track’s spine-tingling chorus in a single take. “When a song comes together so quickly like that, it’s magic,” says What So Not. He’s already captured similar lightning in a bottle with colorful Atlantic Records recording artist Oliver Tree and has plans to visit several more collaborators in the coming months in Australia, Europe, Los Angeles and beyond. “I’m looking forward to having my mind blown by what’s going on around the world,” What So Not enthuses. And fans can count on him returning from those experiences with some mind-blowing new sounds of his own. Since debuting in 2011, What So Not has garnered over 780 million combined streams of his songs, which include such massive anthems as “High You Are” ,“Waiting” (with Skrillex and RL Grime), and his remix of RUFUS du Sol’s “Innerbloom”(#30 on Triple J’s Hottest 100 list for 2016). Already one of the most exciting live acts in electronic music, he further cemented that reputation earlier this year when he brought out Silverchair’s Daniel Johns as a surprise guest during his set at Australia’s Laneway Festival, where the pair delighted fans with a new remix of the Silverchair classic “Freak.” As he travels the globe in search of new sounds throughout the coming year, expect more surprises from What So Not.