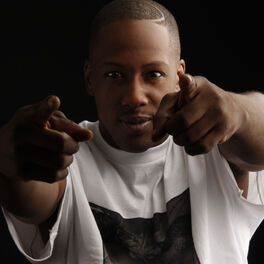 Lord Of The Metaphor 2

Reflections on the Water

Lord Of The Metaphor

The Most Beautifullest Thing In This World

It's A Beautiful Thing

Keith Murray is an American hip-hop performer who began rapping in New York venues and featured on the track 'Hostile' with Erick Sermon on the EMPD rapper's 1994 debut album 'No Pressure'. Signed to a recording contract, his own debut, 'The Most Beautifullest Thing in This World' went to number five on Billboard's Top R&B/Hip-Hop Albums Chart in 1994. 'Enigma' (1996) reached number six on the chart, 'It's a Beautiful Thing' peaked at number nine, 'He's Keith Murray' hit number eleven and 'Rap-Murr-Phobia (The Fear of Real Hip-Hop)' number seven.

He served a short prison sentence in 1998 on an assault charge and had a stint with the group Def Squad. He collaborated with several other acts including Ludacris, R Kelly, LL Cool J and Imajin. Singles include 'Yeah Yeah You Know It', 'Get Lifted' and 'The Rhyme'.