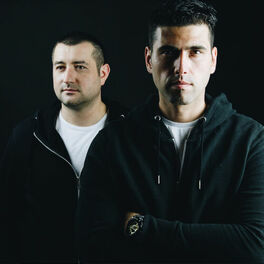 All The Wiser (Remixes)

Mirko & Meex are present on the house music scene for already 20 years with very recognizable “back2back” performances. Their sets are filled with different styles of electronic music from disco, funky and clubhouse, all the way to deep, tech and minimal sounds. They have performed on almost all leading regional festivals such as Exit, Sea Dance, Soundlovers and Naissus House Fest, as well as many other important events in the domain of electronic music. Their excellent acts have been confirmed by their long-lasting successful residencies at great number of prestigious clubs in Belgrade and Novi Sad. Furthermore, they have been involved with music production since 2008, and to this day their numerous recordings reached high rankings on global charts and playlists. Single “A Jam”, which was released for Monoside, held a leading spot in its genre for a long time and was particularly noticeable by wide audiences. Cruise Music, Glasgow Underground and Monoside are only some of the big record labels that recognized their musical quality and for which they have signed a few tracks. Additionally, Mirko & Meex are also owners of the record label called Night Beat Records, which accounts for dozens of successful tracks, primarily by regional artists.