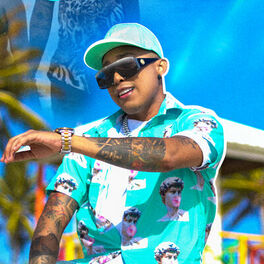 When I Grown Up

A Big Fish in a Bigger Pond

Kevin Garcés Ravelez, better known in the artistic world as "Shark", was born on November 26 in 1990 in Cartagena and is currently 31 years old. He is an artist of the urban genre, from a very young age he went to live in Medellín, Antioquia, a land that welcomed him and made him fall in love with its climate and musical tastes. '' Shark '' began to venture into the world of music when he was only 14 years old, there this artist discovered that his life was linked to singing, so he did not hesitate to join the first musical company that opened the doors to him: ' 'Mala Conducta Family', where he recorded songs with lyrics of conscience and the new talents of Cartagena were made known. With the passing of time, this singer-songwriter went through a pause in his career, until he resumed it in 2016, already with more experience and with the desire to continue fighting for his dreams, he started a new project together with the producer and singer IFO Fernández, From this union, a good record work entitled 'Blessed' was achieved, the song was widely accepted. For this 2021, ‘’ Shark ’’ arrives with his record album ‘’ Ana María El Álbum ’’. This consists of 7 songs made in the Proactive Music studios, under the musical production of Bigjhey The Producer, Dj Pupo Beats and Kevin Garcés ‘’ Shark ’. "I decided to call the album Ana María because it bears the name of my deceased mother and my daughter, who I also decided to call that, in honor of my mother and my grandparents," said Shark.