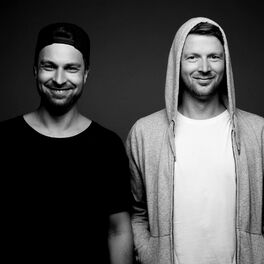 Birds of feather flock together: Both Sandro Schäufler and Marcel Schulz originally come from the land of the tousand lakes, the North-Eastern German state of Mecklenburg. They established the "Collective East" around 2003 when it became a synonym for frisky underground raves, today it stands for the musical weekend relationship of the two. It is a "weekend relationship" because Marcel decided to move to the German capital Berlin, some time ago while Sandro is still staying in this native country Mecklenburg. The meetings of the musical weekend relationship take place in clubs or Festivals most often, where it's musical eruptions frequently couse collective dance floor madness. Releases on Katermukke, Bar25, Dantze or 3000Grad are also part of their work.