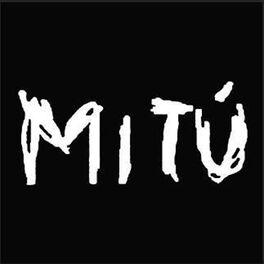 Mitú is the electronic music duo of Bomba Estereo´s guitar player, Julián Salazar and Franklin Tejedor, a percussionist heir of San Basilio de Palenque´s great rhythmic tradition. Their music is made with synthesizers and rhythm machines matched by the alegre (Colombian traditional drum) and occasional vocal improvisations in palenquero (Palenque´s dialect of African bantú origin). Mitú´s music completely excludes the computer, giving the sound and timbre sources a great freedom and dynamism when playing live. Praised by the national press, Mitú released their debut album, Potro, under the independent label Polen Records in November 2012. Ever since their release, Mitú has been playing in underground parties and principal dance venues in Bogotá, Manizales, Pereira, and Medellín where their audience is constantly growing and unceasingly dancing. Mitú played its ﬁrst international shows last August in Denmark and will soon be ﬂying back to Europe to play ofﬁcial showcases at Womex in Cardiff, Wales, Live Sessions Day and Lleida Sessions Pro in Lleida, Spain. Mitú´s live show is determinately focused on the dancing, with tracks that emphasize the synthesizer´s melodic and rhythmic lines and the power of the drum percussion reminiscent of african beats. The alegre plays unexplored and original rhythms that blend with the analog patterns giving them new accents and cadences that give way to an electronic music that decidedly refers to Colombia and its jungle as a primary inﬂuence.