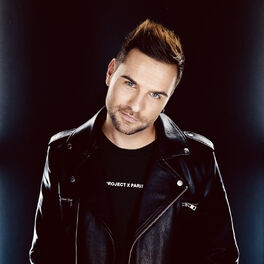 Let the Past Die

„READ MY STORY“ Lukas aka Luk, discovered his love for electronical music back in 1997, when his older, DJ, brother handed him down his DJ-equipment and taught him to spin LPs. At the start Luk was obsessed with Trance, Techno, Acid and Progressive, but then his deep passion for LPs grew more and more and the whole system was relocated from the family living room to a studio. Luk was allowed able to show off what his brother had taught him and his self taught skills with Electro- and Housebeats in some favourite Clubs in Switzerland. His cheerful presence behind the mixer causes the crowd to be enthusiastic and attentive. Since the beginning of 2006 Luk was able to add several famous locations in his reference list. Clubs like “Loft”, “Säulenhalle”, “Pravda”, “Prestige”, “Eleven”, “Säulenhalle”, “De Club”, “Moods”, “Nordstern Lifestyle”, “Fonda” and many others just to mention a few. His next goal is to make and play records all over the world. Very exciting news so follow me here on Deezer subscribe on social media or newsletter to be kept up to date.