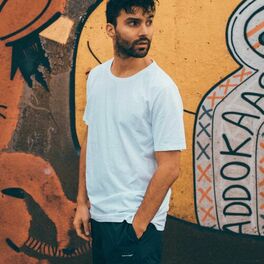 More Than OK (The EP)

Hold On Tight (The Remixes)

Rumors (with Sofia Carson) (The Remixes)

The Bottle Song (The Remixes)

A Touch Of Class

Fadil El Ghoul is a DJ and producer of Moroccan descent, professionally known as R3HAB. To date, El Ghoul’s creative efforts landed him over two billion Spotify streams, making him the most streamed Dutch artist abroad as well as cementing his name in the global Top 130 of most streamed artists on Spotify. After scoring his first breakthrough with ‘Mrkrsft’ alongside Dutch DJ and producer Hardwell, El Ghoul remixed Afrojack, Pitbull and Ne-Yo’s ‘Give Me Everything’. His take on the record led to remix requests from the likes of Lady Gaga, Jennifer Lopez and Tiësto. Since, El Ghoul has created remixes for the likes of P!nk, Taylor Swift, Madonna, Rihanna, Drake, Coldplay, Calvin Harris, Maroon 5, The Chainsmokers, Bruno Mars and more. In 2016, El Ghoul decided to release all of his music on his own label, CYB3RPVNK. On this label, he launched both of his albums, ‘Trouble’ (2016) and ‘The Wave’ (2018), gaining him almost one billion streams. In the spring of 2019, El Ghoul unleashed a remake of ‘All Around The World (La La La)’, a track originally released by German pop group A Touch Of Class in 2000. The remake sold certified gold and platinum in almost a dozen countries. In the same year, he teamed up with former One Direction frontman ZAYN and U.K. DJ/producer Jungleboi. Their record, ‘Flames’, gained six million streams within a week, became trending on Twitter and featured in 600 Spotify playlists, reaching a combined following of over 30 million people.