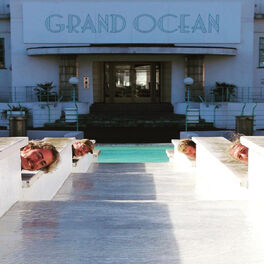 Rising Brighton quartet RALPH TV return with their infectious new single ‘Superfood’. Hoping to once again soothe pandemic blues with their uplifting and thoughtfully crafted indie pop - the track is out via French indie label, Nice Guys. RALPH TV first hit our screens in 2018 with their self-titled debut EP generating over a million streams on Spotify. Off the back of this success, the four-piece performed sold-out dates in Paris and London, supported Self Esteem on her UK tour and supported the likes of Jerry Paper, Drug Store Romeos and Brad Stank. This was then followed by their hugely praised, and appropriately names debut LP ‘Cabin Fever Dreams’, which was released in March 2020. The band draws influence from an eclectic range of artists including classic pop icons like Sade, Brian Wilson and Shuggie Otis to the current sounds of HOMESHAKE, Her’s and Shintaro Sakamoto. Formed by childhood friends Ben Brown (guitar/synth/vocal) and Will Osborne (vocal/bass) - the project was initially named Ralph’s World. However, after the threat of legal action by a children’s entertainer in Chicago using the same name, it was changed to RALPH TV. The project was then relocated from Essex to Brighton where they met brothers Isaac (drums/vocal) and Luke (lead guitar/vocal) Vosper who now complete the line-up. https://www.instagram.com/p/ByKjiSsnhtw/