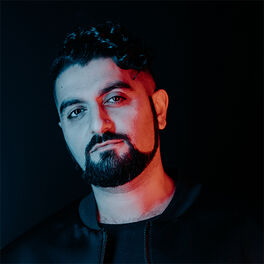 A Trick Or Two

No Need To Panic

Give Me Space (Club Mix)

Give Your Heart Away

Work It! - by Armada Music

Motez’ soundscape pushes the boundaries of your regular house producer, going way back before he was making wholesome, wall-to-wall club cuts and rocking festivals stages. His classical piano know how and clear influences of the 90’s allows himtoflex his skills and musical-taste across all of his releases,chalking up sixHype Machine #1s, an ARIA Gold singleanddropping official remixes for Disclosure, Sam Smith, Goldlinkand Ellie Goulding.Motez has join Diplo & Friends, Beats1 Radio andtriple j Mix Up Exclusives to lay down his favorite selections. Motez’ back catalogue across Sweat It Out, Food Music and Universal/AATW speaks for itself. His streak of infectious dance-driven releases continued on from 2016’s ‘Down Like This’ ft. Tkay Maidza to 2017’s ‘Praise’, which led him to his first ARIA Certified Gold single, ‘The Future’ ft. Antony & Cleopatra. Three years in the making, ‘The Future’ is Motez’ most personal offering to date, receiving support from BBC-R1, KCRW, Live105, triple j, and amassing over 16 millions streams. Motez kicked off 2019 throughthe lush house groove that is 'Steady Motion' featuring Zimbabwe born UKbased, KWAYE before indicating his hunger to give back to hisclub fans, with two dance-floor driven releases on Club Sweat to come over the middle of the year. Expect a new sonic direction for Motez as he explores new sounds and ways to produce that is feeling like his most exciting work yet. On the road and to the stage, Motez has played to thousands at Splendour In The Grass, Holy Ship, EDC, HARD Summer and Electric Forest, fronted main support duties for Disclosure, RÜFÜS DU SOL and Fatboy Slim, and filled clubs all over Australia, North America and Europe. 2018 was busy with a sold out national festival tour with Fatboy Slim & Gorgon City, a main-stage slot on Mountain Sounds Festival and his biggest North America tour, including Electric Forest & Splash House.Motez welcomed 2019in with asummer tour in support of his single ‘Steady Motion’, including plays at ForTheLove, Warehouse Collective Sydney, Foreshore and Up Down Festival.