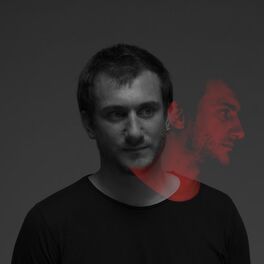 I Mean It REMIX

Remo lives and works in Paris. Trained as a classical clarinetist, he discovered contemporary music and experimental studies in philosophy and musicology. It keeps the classical music his taste for harmony and arrangement, and its appeal to contemporary music on the sound experimentation. In Parallel to his activities in college (creative sound installations, live-electronic), he was introduced to electronic music in all its variety (hiphop, electronica, techno, etc.). Multiple musician, he participated in psychedelic trance project Ipotocaticac with Mac Manus, co-founded with Yanneck the Hungry Studio, specializing in voice recording, mixing and music creation. He recorded more than one hundred artists hiphop, grime and reggae / ragga, produced instrumentals, remixes and music for audio-visual (teasers, video art, original band of short films). In 2010, he was introduced to dubstep and sign on the label Monkey Dub Recording (Canada), alongside Mac Manus and Yanneck, the EP "Stalking Nu Music and Drama" ethno and ambient influences. In 2011 he joined the Alouette Street Records label and appears among the likes of Benny Page and Flow Dan on the compilation "Grime and Dubstep French Connection". Finally he joined Highlife Recordings and released in April its EP "Now is the time". In 2012 he released his second EP on Highlife Recordings, "TOTEM". Now he's working on a new album with Renaud, jazz saxophonist, and Antoine, keyboardist.