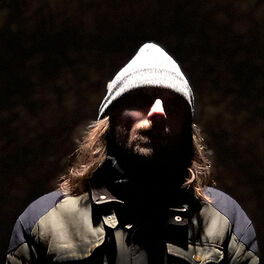 Get on the Road

In the beginning Charlie came from Catford in London the town with the giant Cat. Years later and after lots of hoop jumping and cat dodging rehearsals and band leaving, he arrived in Deptford where he became Charlie Stark and took off in a Spaceship Caravan. Charlie’s evolving voice grabbed the attention of various musical orientated people and became a local star and performed various underground gigs around London. He has spent lots of time jamming and making noises with local artists and musicians and in 2012 co-founded a troop of astronaught warriors and ended up doing over 60 Live streamed events in the back of a crashed spaceship trailer called The Trailer TV. They had some amazing parties as well as guests including Juke stars Rashad and Spin as well as a debut performances from Novelist and Iglooghost. He’s the Lewisham rebel that has the galaxy rotating slowly in the back of his eyes. Growing up doing open mics along side people like Kate Tempest and Jimmy Screech, James Pyke. He did a track with Rootsmanuva (Shy Away) Some of his tracks selected for development this year by Rapper Jehst to send to Mumdance. He’s always working on stuff with the epic Warchestra live show and his next EP out later 2019 is set to create a space storm. He has a few alias's and is also known as Paradise Scientist, who he says is like the brains in the operation. Paradise Scientist created Charlie Stark like Frankensteins monster. “I use Charlie Stark a bit like a cartoon of myself, it allows me to do deeper songwriting with emotions I have that don’t want to get too personal with” In 2016 released 60 copies of his debut UFO EP on 12 vinyl with velvet touch case and pop up inlay.