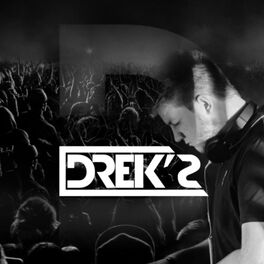 "DREK'S started to listen to electronic music around 2009 with David Guetta, Avicii, Tiesto,... In 2012 he discovered Swedish House Mafia and immediately knew that he wanted to produce music. First, he downloaded Virtual Dj and had fun playing with it. One year later, he tried Fl Studio and fell in love with producing and dj’ing but mostly with the power of creativity. Drecnaoud was his first-known pseudonym. His genres were House, Electro House, Progressive House and Bigroom House. At the end of 2016, he decided to restart everything and began his rebirth by changing his name to DREK'S. That's where it really began. Now, he doesn't have any specific genre. He can go from deep house to hardstyle. He always uses his different formations in music theory, writing, drums, percussion and piano to make his biggest tracks."